All of the following publications were researched and written in association with An Iodhlann, and can be purchased from us via PayPal or by posting a cheque made payable to ‘AN IODHLANN’ to:

Longships on the Sand (2nd edition) Viking and later medieval settlement on the Island of Tiree
The Norse origin of many Tiree township names, such as Cornaig and Crossapol, has never been in doubt. It has previously been thought, however, that the Vikings settled the southern Hebrides less intensely, and for a shorter period, than islands to the north. This new analysis is based on over 200 probable Norse place-names. These have been winnowed from over 3,000 collected during decades of fieldwork on the island, shedding a fascinating new light on Scandinavian settlement in Scotland. This analysis suggests that the Norse influence on Tiree was strong and lasted several centuries, profoundly shaping the island in the Early Medieval period as part of the Norse expansion zone. This second edition examines a number of additional place-names of probable medieval origin and re-analyses the collection.

This title is also available to download free at tireeplacenames.org

The Secret Island – Towards a History of Tiree

Tiree is one of the most fertile Hebridean islands and has had a relatively large population since early times. One of its Gaelic names – ‘Tìr ìseal an eòrna’ (the low land of barley) – encapsulates its reputation for productive agriculture, while another – ‘Tìr bàrr fo thuinn’(the land below the waves) – illustrates its generally very low-lying nature. And yet, strangely, Tiree is one of the few Hebridean islands without a full-length recent book published about its remarkable history. In the summer of 2013 the Islands Book Trust held a three-day conference on the island in an attempt to explore this hidden history. The conference brought together a wide range of people, from the academic world and from the local community, with knowledge of aspects of Tiree’s history from 1600 to the present day, so they could discuss their views with the ultimate objective of filling this gap. This is the fascinating result of those few days. The Islands Book Trust, 2014, 428 pages. £12.00 + Postage and Packing.

Tiree – War among the Barley and Brine 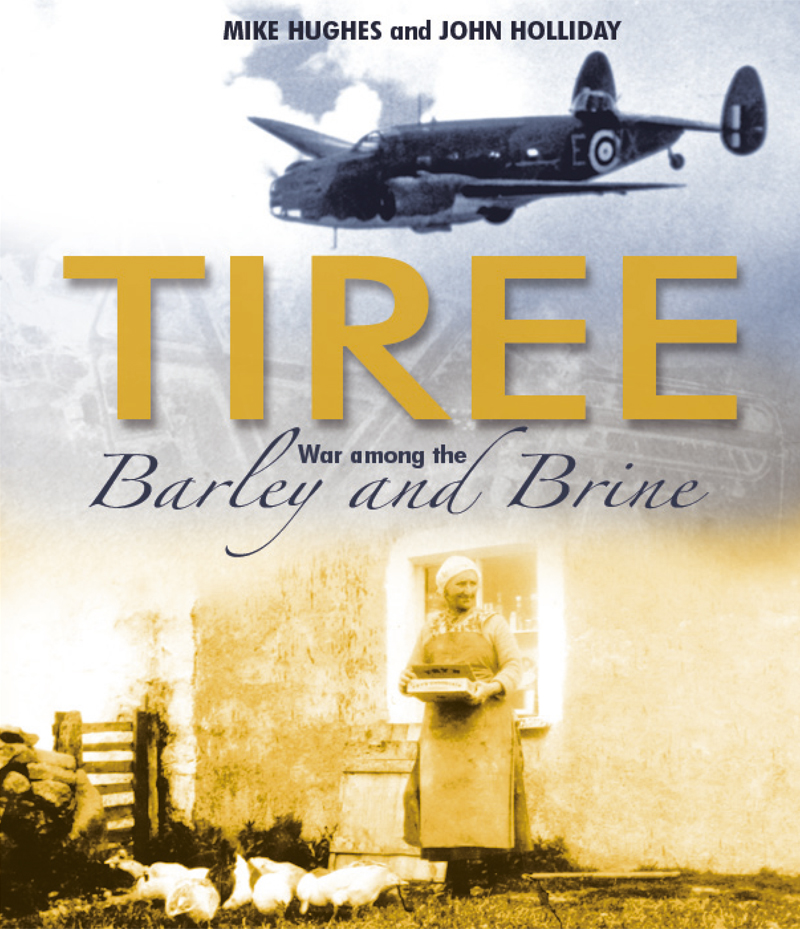 In the early 1940s, as country after country fell to Hitlerism, Tiree became a sentinel for the Clyde, other west coast sea ports, Atlantic supply convoys and even the weather in Europe. While the role that Tiree played in defending Britain and liberating Europe was of enormous importance, the influx of military personnel and infrastructure had a dramatic affect on the island’s residents and culture. In this definitive work, the authors have captured many memories of this momentous time. The Islands Book Trust, 2012, 154 pages. £15.00 + Postage and Packing. 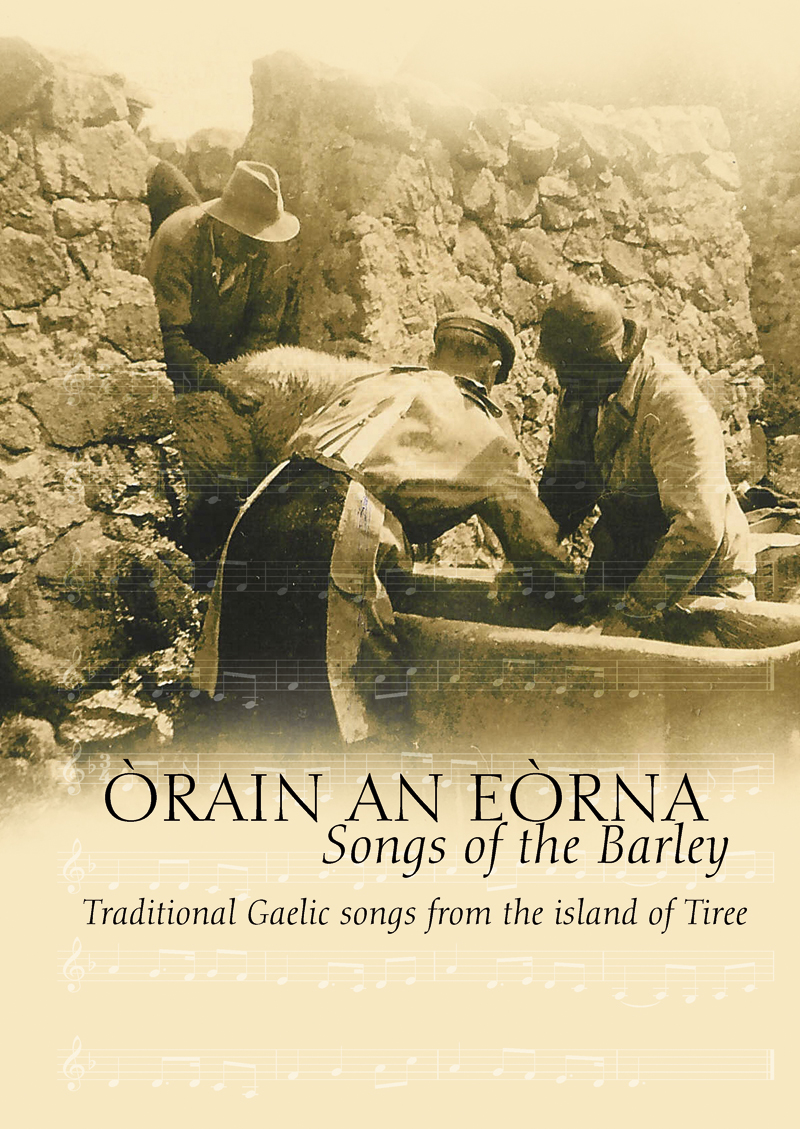 The island of Tiree is known for many things, but an increasingly forgotten part of its heritage is the island’s traditional poetry and song. During the 2011 Fèis Thiriodh – the local Gaelic festival – islanders and visitors were asked to list their favourite songs written by Tiree people. This book is the result of that survey. It contains, in order of popularity, the musical score to the top 20 Tiree songs, along with their lyrics in Gaelic and English. Fèis Thiriodh and An Iodhlann, 2012, 52 pages. £12.00 + Postage and Packing.

Still the most complete account of Tiree’s history with chapters on the Crofter’s War, the tea clipper Taeping and emigration. An abridged version of The Island of Two Harvests in PDF format is available to download without charge: